The IPW Online Marketplace is more important than ever this year. 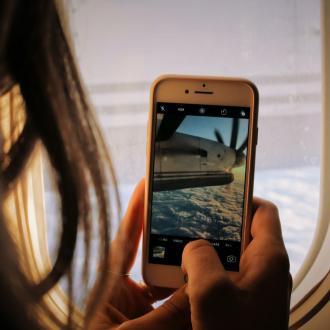 Though IPW 2020 is not meeting in person this year as planned, delegates have the unique opportunity to start preparing almost a year in advance for IPW 2021. Rather than opening three weeks before the show, the IPW 2021 Online Marketplace and Press Room will be opening on Monday, June 1, 2020.

This decision allows IPW delegates to stay connected and up to date throughout the next year as we prepare to reunite from May 10-14, 2021, in Las Vegas. Daily Alerts will be sent June 1-3 and will continue on a quarterly basis leading up to next year’s show.

TravMedia Founder and CEO Nick Wayland talks more about the creation of the online marketplace and how delegates can best leverage the platform.

What inspired the launch of the online marketplace?

Nick Wayland: The IPW Online Marketplace was officially launched at IPW 2013 in Las Vegas, following the success of the IPW Online Press Room, which was first introduced to media marketplace delegates at IPW 2010 in Orlando.

I attended IPW for close to a decade as a travel editor, so I understood the needs of a journalist to quickly obtain information on the go. That led to my creation in 2000 of a global online press release distribution service, TravMedia, and our subsequent partnership in 2010 with U.S. Travel Association on a solution to minimize the waste that came from pigeonholes stuffed with press materials. The IPW Online Press Room, powered by TravMedia, was a simple extension of a tried and true product rebranded for the USA’s largest inbound travel trade show.

The popularity and use of the online tool sparked the team to further build and evolve it to use across the entire delegation, serving as a distribution tool for sales materials to buyers and a way to connect delegates before, during and after IPW each year.

How does the online marketplace enhance the delegate experience at IPW?

Wayland: Year after year, the team worked to update and match delegate profiles from previous years, so even if someone moves jobs, the network of contacts remains with the individuals’ profile, for buyers and suppliers alike. From an organization’s standpoint, sales materials, travel guides, backgrounders, images, videos and digital assets all get carried through from the previous year, which means only the most recent information needs to be refreshed, saving the organization from having to rebuild its presence.

How is the platform most useful for buyers specifically? Suppliers?

Wayland: Buyers research suppliers’ content and establish a relationship with the appropriate point of contact. Buyers can also build their profiles so that they can be discovered by suppliers. Suppliers discover, connect and start conversations with potential buyers. The dedicated search and attendee filter allow you to find the right individuals to discuss your products.

What is something the online marketplace does/can do that you think is the most underutilized asset?

Wayland: The search tool and the network building. Many delegates do not realize that these networks stay with their profile even when they switch jobs. Also, the conversation forum “updates” that can be tailored so that only a certain delegate type sees the post. Great for invitations to parties (or virtual ones now).

Are there any new features that you particularly want to highlight for delegates?

Wayland: There are some new exciting tools that we are releasing for 2020. Without spilling the beans too much, one of the most exciting is the media intelligence tool that may be incorporated into the 2021 IPW Online Press Room to assist with tracking the results.

What are you most looking forward to for IPW 2021?

Wayland: To see our favorite people (in person) all in one place!

Thank you to Louisiana Travel and Travel Texas for their sponsorship of the IPW 2021 Online Marketplace and Press Room.